200 days. 229 to be more precisely. When you think you are saturated and your learning curve has started to shrink, you realize that there is more to it than you initially imagined.

200 days. It’s more than half of an year. You look back and realize your months are gone, your weeks are already past and you’ve still got a number of items on your new-year achievement list to do. 200 days is the amount of days a school year in Brazil has, according tom the law. It means that an average teenager going to school is going to go from practically illiterate in physics to someone who can calculate mirros reflections, alternate currents or the amount of water in a banana, in reverse order of importance. That was my scenario seven years ago – currently, I have drawn for (more than) 200 consecutive days.

After my 100 days I thought things would get easier and smoother – after all I had experience. Let’s say that I was slightly mistaken – and by slightly I mean completely-off-the-charts mistaken. Maybe because I’ve drawn things that made me proud about myself, I started to require more and more from me, and from me skills, forgetting that learning curves are different from the inflation curve – there are moments of stagnation. I didn’t have and artist block, but I did feel demotivated and less compelled. I couldn’t stop comparing my work to others, for days. I couldn’t stop mourning over that draft I couldn’t finish, or that coloring that could have been better. I bitched about myself too much – I confess. And I had to undergo serious reflection to keep my wits about me and simply CONTINUE doing what I was supposed to do. Eventually I came into terms with my own social acceptance mammoth and embraced simplicity. I realized that other artists and people in general are important. That social contact and communication are essential and that I wouldn’t be able to live if I didn’t accept the fact that I am different, that my art is distinct from others and that I should take advantage of it as it it now.

During these 200 days I felt stressed and overworked. I released the alpha version of my first game. I worked really hard and for someone who started from scratch you can say I had to read and study a lot.

Nevertheless I kept on drawing everyday. I kept my “Draw People as Cats” project, and I’ve started a Fiverr gig. I’ve also lauched my youtube channel to share the process videos I export from Procreate. I even managed to complete some seemingly impossible (to me at least) tasks such as drawing 100 skulls in a short time. And by going over repeated themes I could grasp how much I’ve improve from my 100 days period. That gave me a feeling of accomplishment, and helped me put my lack of self-confidence behind. Some recent drawings for my project Progress over a year Progress over a week

Then I started to be bold, something which I always wants to try. I started making longer attempts at animation – even thought I lack the concepts and theory behind them.

I love my hair

I dared talking to people I never would, and I ended up making friends! One could say that I shouldn’t be proud over something I should have done first hand (and not putting up that artificial barrier), but I’ve done it. I still believe in that Chinese proverb (the second best time to plant a tree is now. The best time to plant it is in the past, so it’s irrelevant). I am not getting into my social awkwardness about having friends and such – I can only say I am happy to have them. Being more open socially also made me available to talk to people who wanted to talk to me, which made me meet two fans of mine.

Finally, as if I hadn’t finished my quota of learning, I found out yet another thing about my art. While it is definitely good to remake your own drawings in order to see how you’ve improved, it is also important to recognized that the you from the past had already done great things – some of them don’t need remaking. They are perfect as they are. And seeing that doesn’t mean that you haven’t improved – it means that you’ve changed your perceptions about your own work and yourself. I see this as one step towards self-acceptance and getting to know your authentic voice. 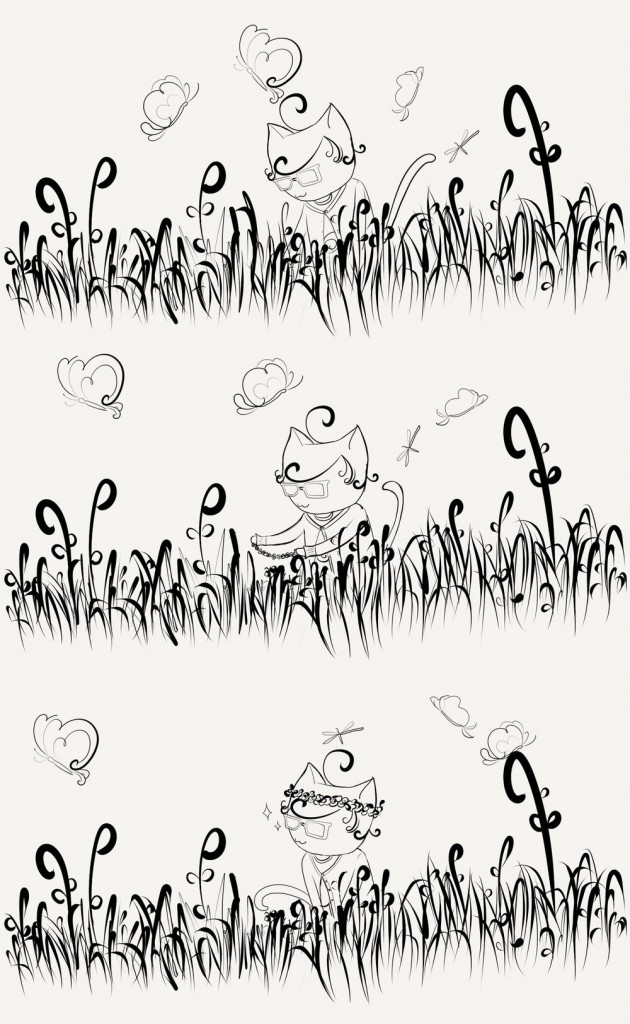 I still love this one the same way I did when I drew it last year.

Previously: a 100 days of /r/SketchDaily