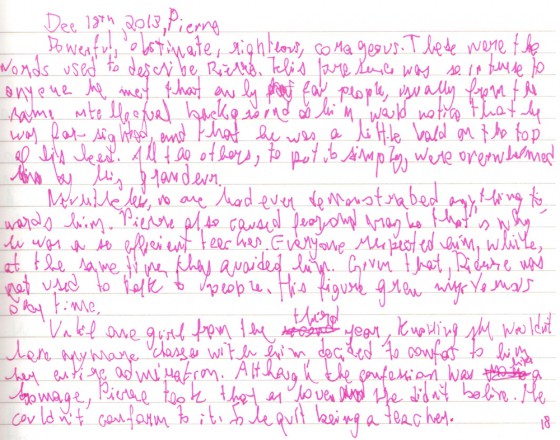 Powerful, obstinate, righteous, courageous. These were the word used to describe Pierre. His presence was do intense to anyone he met that only few people, usually from the same intellectual background as him, would notice that he was far-sighted and that was a a little bald on the top of his head. All the other, to put it simply, were overwhelmed by his grandeur.
Nevertheless, no one had ever demonstrated anything towards him. Pierre also caused fear, and maybe that is why he was a so efficient teacher. Everyone respected him, while, at the same time, they avoided him. Given that, Pierre was not used to talking to people. His figure grew mysterious over time.
Until one girl from the third year, knowing she wouldn’t have anymore classes with him, decided to confess to him her entire admiration. Although the confession was like a homage, Pierre took that as love. He didn’t believe. He couldn’t conform to it. So he quit being a teacher. 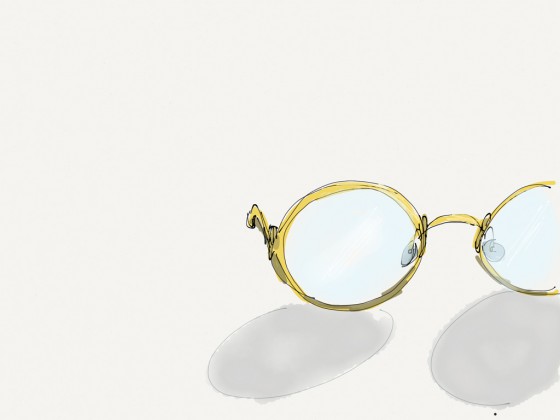