I wonder what’s my result. And I wonder to where it will take me. What conclusion can I draw from it? Where do I stand?
More than that, I wonder if everything I’ve done so far will amount to or has amounted to anything. Having things done and concluded makes you reflect. And I can say that these last 100 days were my most thought-provoking so far.

Don’t get me wrong – a considerable amount of things happened to me those 100 days. I have made a game. Not only that, but I produced it in a small scale to sell it locally at anime conventions in my city and neighboring towns, events that earned me contacts and a padawan. And then, I have received feedback like crazy these past few weeks. I even have a store – a small one – but a store.
I participated in the CampNaNo with a 10,000 words thriller novel. I gained a few pounds. I met new people. I turned 25. My lost cat came back after disappearing for months. I have made new plans and archived old ones. I read 4 books, including “The Plague” and Kafka. One of my friends moved to Portugal.

Then, a 14-year old student of mine (I work as an English teacher too) died of cancer in the middle of August. Not only that had me disappointed about life as I’ve never felt before, but it made me quite introspective. Time in and time out I deeply question myself as to what I am doing and what I hope to accomplish with my drawings – for example.

He was an avid gamer and he didn’t have the chance to play the game I made. His time was up. I have had the impression that I’ve been going round in circles for some time. The impression that, despite my efforts, there is something missing that will only happen unless I do something completely different. And when you put yourself into perspective and consider the out of-the-ordinary things you can do, you feel limited. I felt limited. And I still do.

As many things in life, I guess /r/SketchDaily took a time to sink in. Not the subreddit itself, but the habit of drawing everyday like I did and the consequences of doing it so.

You are going to submit for today’s theme. You take your time, you think of the theme, you decide what you’ll do. You can’t. The lines don’t come out: that skill doesn’t belong to you yet. You look at the time, maybe you won’t make it. You change plans, you go with something simpler, some weird shit happens. You change again. Now you have 5 minutes and then it goes. Either you finish it, either you “finish” it and add it to your “to-be-finished” list (here’s mine).

What I realized is that for a while I treated the habit of drawing everyday as something special – something I should spend my time there. There were days in which I spent 5 hours on it – from research to drawing – those turned out pretty good. But then I changed. I did because I wanted to read books, play games, watch films and so on. The time I spent drawing for /r/SketchDaily was reduced quite a lot. And although I had spent quite sometime on it for the past few months, I realized I wasn’t actually better at drawing. I still can’t draw a hand. I still have problems drawing heads despite my 100 skulls. And sometimes looking at my Wacom tablet gives me chills, because I still can’t use it very well. Not being confident enough about your skills

After producing a series of crappy and unfinished submissions, it got me thinking: what am I really doing? What do I want?
What sinked in was: there’s no magic. You are not going to draw better or faster just because of 200 days. Period. And one of the things that occurred me was: how much until I am satisfied? Will I be able to draw and feel happy about it someday – before life is over? When?

I guess we just aren’t that strong. We give in to thought and sadness too easily. We convince ourselves of uncertain half-truths and tell ourselves spur-of-the-moment made up lies about how everything we did was useless. Most people would tell me: “Aw, Maruki, this is just a slump. It’s the first time you’ve had it, no wonder you feel it as something alien”, but I don’t believe in that. Actually, I don’t believe in slumps. I believe in laziness, in lack of research, in bad material or bad company. If it’s ideas I need to have, I can generate new ones all the time (a game with a conceited frog; two girls holding hands on a bench; my mother patting her dog; the effect of blue flames being lit on a stove – all ideas I had while I was writing this article). My problem, as most people’s, is lack of purpose, or worse: not recognizing your purpose or letting it be blurred by the sideline events of your life (I am not getting into detail here, but many other complicated stuff happened in my personal and side-professional life – the teaching one – which I don’t find relevant mentioning).

And you may be wondering now “did she find her purpose?”. You may be even thinking “her other articles were so motivational, is she going to give up?” or something similar.

The thing is: I changed that. Just like that, no strings attached. The first thing I did: I took a breath.

But yes. I closed my eyes and I took a breath. Then I turned to my life-long boyfriend-husband-computer-monkey and told him: I’m a game designer. And he replied: get to work.
I turned around and started my mock ups and character designs. Then, when I finished, I drew my SketchDaily submission of the next day, eager to see what other people would draw. Imagining what I would comment on them.

Then I decided I would take my time drawing a bullet going through a drop of water. Crazy, isn’t? I fooled myself into thinking that a drawing community would give me the philosophical stone of drawing and artistic talent. I forgot that my mission on this planet (I allow myself to be chuunibyou for this) is to make games and have people play them. I forgot that without studying, constant practice, endurance, effort and trial and error it is impossible to draw a realistic hand.

Habit keeps you doing things.
Willpower paves way for you to get better at them.

While I beat myself over not drawing better, I depleted my willpower. I wasted whatever energy I had into thinking I wasn’t good enough and, no matter how many days I drew, I wouldn’t improve – when I should be setting up my schedule to practice drawing for real, or talking to people on the community about techniques.

I wasted my time sulking over nothing.
And just like that, the 300 days were over.
I am only 65 days apart from a year. From the point I started after giving up art, drawing and sketching in general for more than 6 years.

Do I feel embarrassed of having felt the way I did? A little. But I would feel even more if I were still on it. I always remember the tree (plant it now).

Someone told me once that true power relies on insistence and resilience. If you haven’t conquered what you yearned for, try again. And again. Knock on the door a thousand times. Send infinite emails. Make phone calls. Be there, in person, everyday. Draw everyday, every minute, all the time, on a napkin, on a piece of toilet paper. Make paper cranes out of candy wrappers or lollipop sticks. Read walking, eating, waking up, brushing your teeth.
Play all the games you want to play. In sequence. Then again.

I can’t say I would have come into terms without the help (even if indirect) from some people. I credit part of my depression to Kafka, certainly, however without him I don’t think I would have prompted myself to think critically about my habits and ambitions. Nevertheless, the ones who propelled me to think really hard and solve the problem are exactly the ones that make /r/SketchDaily so fun to be part of (yes, I am talking about you!) The fun I have at the community!

The people in the community inspire me. They are always lovely and supportive. I’ll keep drawing for me – and for them.

As always, thanks for reading! 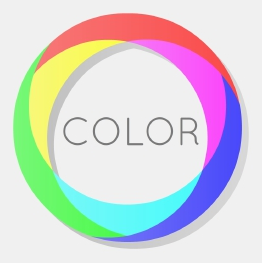